Passeonkquis Cove is a small, shallow cove on the north side of Gaspee Point. At low tide, much of the cove is virtually a mud flat, which creates an attractive feeding site for many birds, including egrets, herons, hawks, ducks, and osprey. A salt marsh forms the northern shore of the Cove, filled with native grasses and cattails, sea lavender, high-tide bush and other native vegetation. A strip of mixed woods between the marsh and neighborhood roads borders the area on the North. Many species of wildlife use the area, including whitetail deer, turkeys, foxes, coyotes, opossum, and owls.

This land, which had never been developed, was threatened with being turned into house lots. The Warwick Land Trust was able to protect 17 lots  thanks to $26,000  from the National Heritage Preservation Local Open Space Conservation and Acquisition Grant, through the RI Department of Environmental Management.  The acquisition of the Cove helps to further the goals of the City’s Comprehensive Plan, including pursuing improved connectivity of parks, open space, recreation land, and water resources; protecting Warwick’s critical wildlife and wildlife habitat; protecting, preserving and enhancing natural resource areas adjacent to developed areas; and working to promote efforts to protect and enhance tree resources.

“Passeonkquis Cove is a beautiful and idyllic piece of Warwick’s natural beauty,” Mayor Scott Avedisian said in a statement when the acquisition was announced. “By preserving another three and a half acres of open space, we are ensuring that residents and visitors are able to enjoy unobstructed waterfront areas for generations to come. I’m proud of the work that our City’s Planning Department, as well the Warwick Land Trust, put into securing more land at the cove.”

A DEM boat ramp on the northern shore of the Cove provides public access. The Cove can be explored at high tide via kayaks and other small, non-motorized boats. There are no landing areas. The land is protected by a conservation easement held by the Rhode Island Department of Environmental Management. 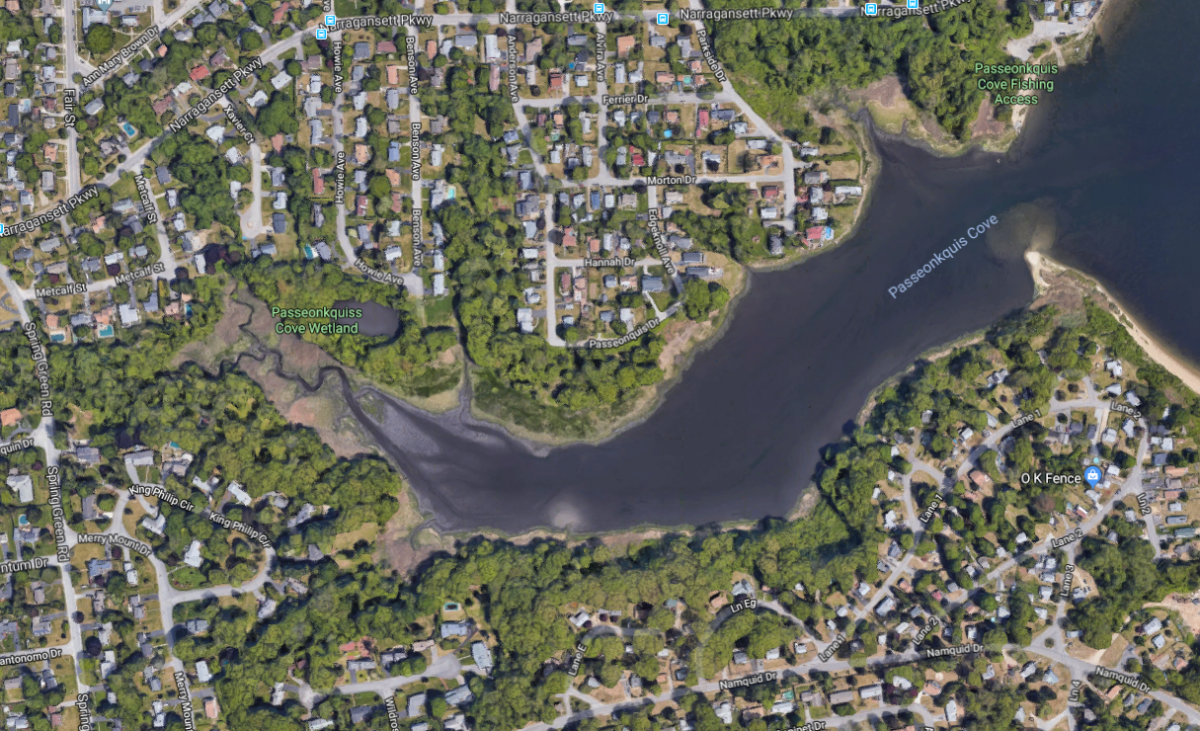